In this episode Neko and I say goodbye to Cinderella guitarist Jeff Labar and talk about some comments made by Derrick Green of Sepultura in regards to being sober and coherent when performing.

We also discuss the finale of the Disney+ series "Loki" and what it means for the MCU going forward. Does it open the door for future works or has it given too much away at this point? We also revisit the "top 50 alltime greatest American rock bands" only this time we are giving our own lists. Did we agree or disagree with some of our picks?

And finally, in the Retro Dvd Movie Vault Neko pulls out all the stops by subjecting Noobs to "The Notebook". Was it a painful experience or was it a decent rewatch? You decide.

Special thanks to MDRP, Inverse Records, Against PR, and Curtain Calls for selected tracks this week. 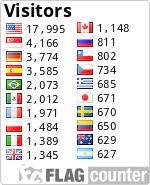 Where to find Dj Anubis on the web